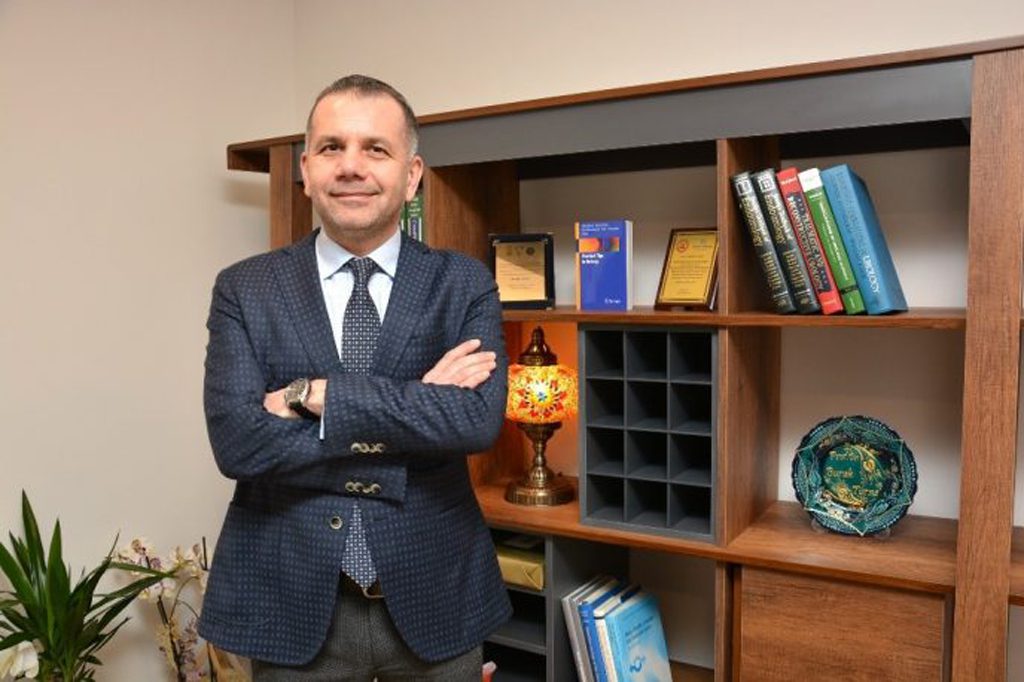 Born on May 12, 1971 in Mersin, Dr. Burak Turna completed his secondary and high school education at Mersin Anatolian High School. After graduating from Dokuz Eylul University Faculty of Medicine, he started his urology residency in Ege University Faculty of Medicine Urology Department in 1998. While he was a student, he studied at St. During his surgical internship and urology assistant at James Hospital, he performed a general surgery rotation at Royal Surrey County Hospital in Guildford, England. While he was a urology assistant, he successfully passed the exams of the General Medical Council and became one of the first Turkish doctors to get the right to work as a medical doctor in England. After becoming a urologist in May 2003, he started to work as a specialist doctor at Ege University Faculty of Medicine.

In 2004, he worked in the field of “ Endourology ” at the Western General Hospital in Edinburgh, Scotland within the scope of the “European Urological Scholarship Program”, and in the field of “ Laparoscopic and Robotic Urology ” at Cleveland Clinic in Cleveland, USA between 2006-2007. . Receiving the title of Associate Professor of Urology in 2010, Dr. Turna became the second Turk to be selected as a Board Member of the Urotechnology Sub-Group of the European Association of Urology in the same year due to her successful work in her field. Turna is still working as a Board Member of the Endourology Association and the Turkish Urology Association.

He has written chapters in 10 books in total, with approximately 100 national and international publications published to date. Between 2010 and 2016, he served as Vice President of Surgical Sciences, Associate Professor Representation and Head of Urogenital Surgery Training Program at Ege University Faculty of Medicine. Turna was deemed worthy of the Turkish Urology Association Science Award that year for her successful work in 2014.She served as a speaker, instructor and guest surgeon in many national and international scientific meetings. Burak Turna was the co-chairman of the “ 26th World Videourology Congress ” held in Izmir in 2015, and received the title of Urology Professor in 2016. Turna’s main area of ​​interest is Laparoscopic and Robotic Urological Surgery and she is one of the most experienced academicians in our country in this field. Dr. Crane, In 2017, he wrote the book “Practical Tips in Urology”, which was published in English for young urology doctors. He is still working as a faculty member at Ege University Faculty of Medicine, Department of Urology. Dr. Burak Turna is married and has 2 children.

Want to Join Our Team?